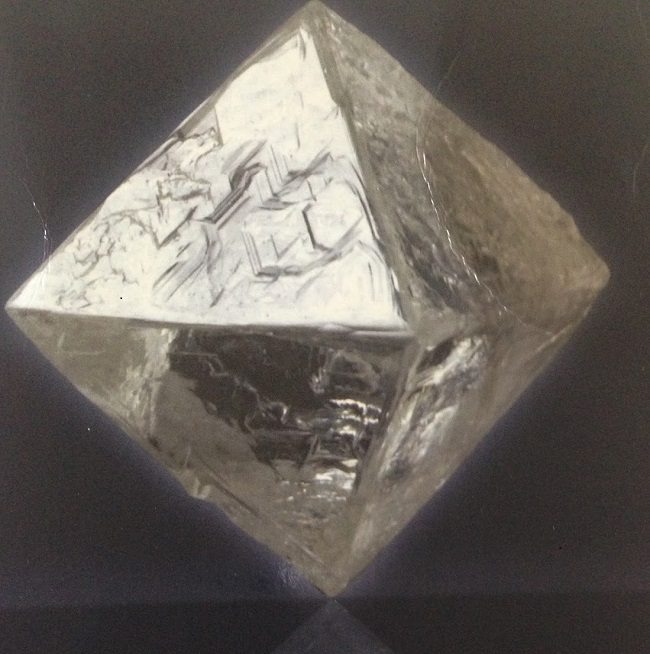 13 th Century and before

Early taboos against the cutting and shaping of ‘adamas’ (diamonds) may have had more to do with practical necessity than superstition, given the difficulty in cutting the stone. As decorative objects, stones were used in their natural octahedral shape, with only minor cosmetic cleanup and polishing. These taboo may have originated in India, and spread to Europe in the early stages of the diamond trade. The first guild of diamond cutters and polishers (diamantaire) was formed in 1375 in Nuremberg, Germany, and led to the development of various types of ‘cut’. This has two meanings in relation to diamonds. The first is the shape: square, oval, and so on. The second relates to the specific quality of cut within the shape, and the quality and price will vary greatly based on the cut quality. Since diamonds are very hard to cut, special diamond-bladed edges are used to cut them. The first major development in diamond cutting came with the “Point Cut” during the later half of the 14th century: the Point Cut follows the natural shape of an octahedral rough diamond crystal, eliminating some waste in the cutting process.

During this period, cutters took advantage of the natural cleavage planes in a rough diamond, which had distinct advantages when it came to “cutting” nature’s hardest gem. The cutter “cleaved” the rough stone into smaller stones that were close to the approximate final shape that was desired. Cleaving was accomplished by striking the stone in just the right spot with a chisel and mallet. This was a risky business because if the correct point was not struck the stone would shatter.

Once the rough diamond was cleaved into the approximate desired shape it was then subjected to a slow process called bruting, where the stone was repeatedly struck against another diamond while being held in a “dop stick.”

During the mid 14th century improvements where made to the Point Cut by cutting off some of the octahedron’s top half to create a “table cut.” During this period, the culet was added to the pavillion of the table cut.

By the end of the 14th century, the addition of four corner facets created the “old single cut”. None of these early cuts showed a diamond’s true brilliance or fire by taking advantage of the stone’s high dispersion, and the cut stone would appear dark to the naked eye. It was for this reason the colored gemstones maintained their popularity over diamonds throughout this period. In 1475 Lodewyk van Berken (Louis van Berquem), a Flemish stone-polisher from Antwerp, Belgium, introduced the concept of absolute symmetry in the placement of facets on the stone, facilitated by his revolutionary invention of a diamond-cutting and polishing wheel called ascaif. The scaif used a rotating polishing wheel, or “lap” that was impregnated with olive oiland diamond dust (similar to today’s “Facetron”), which would slowly grind away each facet’s surface. The Duke of Burgundy, Charles the Bold (1433-1477) was so impressed with van Berquem’s revolutionary “Perfect Cut,” that he became a patron, paying van Berquem that handsome sum of 3,000 ducats for three perfect-cut diamonds . With this act, the profession of the “brillianteer” was born. Lodewyk’s advancements eventually produced the pear-shaped “Pendeloque” or “Briolette” cut .

The pendeloque shape was not commercially viable due to its lack of fire, dispersion or brilliance (play of light). There was a large amount of waste in the cutting process, and the shape was only suitable for certain odd shapes of rough diamond. The 55k Sancy Diamond (Maharaja of Guttiola) and the 137k Florentine Diamond (Medici Family – Duke of Burgundy 1467), are both Briolette cuts, and it has been reported that van Berquem was their creator. Gem cutter Giacomo Tagliacarne and Renaissance gem-cutter Giovanni delle Corniole further perfected the art of facetted gem cutting. During this period a new type of cut known as the “rose” or “rosette” was introduced . The Rosette was a popular cut for over a century due to the higher amount of brilliance it produced when compared with the Pendeloque cut and the reduction in the loss of weight in the cutting process. The drawback was that the stone needed to be cut thick in order to reduce light loss and this cut did not produce sufficient fire. These limitations eventually lead to the invention of the Brilliant cut.

17th century French jeweler, Jean-Baptiste Tavernier (1605 -1689), was one of the early pioneer’s of Europe’s diamond trade with India. Although he was born in Paris, his ancestors were from Antwerp, Belgium. In his book “The Six Voyages of Jean-Baptist Tavernier” he documented many historically significant diamond cuts from India’s past.

The Florentine Diamond  was originally owned by the Duke of Burgundy (mid 1400s) of the Medici Family. Jean Baptiste Tavernier documented the stone’s cut with his drawing  from 1657 when it was in the collection of the Grand Duke of Tuscany. The last known photo of the Florentine Diamond was from the late 1800s, when it was set in a hat ornament from the Hapsburg Crown Jewels.

The first “brilliant” cut was introduced in the 17th century and is largely credited to Italian ambassador, Jules Cardinal Mazarin. Born Giulio Raimondo Mazzarino, Cardinal Mazarin had a long-standing fascination for gemstones. The first Brilliants were known as “Mazarins” and were called “double-cut brilliants.” These double-cut brilliants had 17 facets on the crown.

A 17th century Venetian polisher named Vincent Peruzzi introduced the “triple-cut brilliant” or “Peruzzi cut” by doubling the number of crown facets from 17 to 33.

Ownership of the famed Koh-i-Noor diamond  transfered from the Sultan of Golconda (early 1600s), to Prince Aurangzeb of Persia in the mid 1600s, as documented by Jean-Baptiste Tavernier in his “The Six Voyages”. Prince Aurangzeb is credited for the stone’s accidental reduction in size from the original 793 carats to a modest 186 carats, due to a gem-cutter’s mistake.

During the mid 1500s, a French ambassador to Turkey, Nicholas Harlai, Seigneur de Sancy purchased a 55 carat pear shaped diamond that was sold to Cardinal Mazarin in the mid 1600s, Russian Prince Anatole Demidoff in the mid 1800s, and to William Waldorf Astor in the early 1900s.

Double-cut brilliants  ”Mazarins” and triple-cut brilliants ,Peruzzi cuts, from the 1700s were cushion cuts rather than circular or round cuts. The stones were first cut as squares or rectangles then rounded corners known as “cushion-cuts” were added. These “cushion-cut” brilliants are known today as “old mine cuts.” The Koh-i-Noor diamond was re-cut to 105 carats for Queen Victoria (Empress of India) in 1851 by a stone-cutter from Amsterdam. Using a steam-driven cutting wheel, it took 38 days to complete the cutting. It is now in the Tower of London, where it is set in Queen Elizabeth’s crown. In the early 1900′s, the development of diamond saws and jewelry lathes enabled the development of modern diamond cuts, including the “round brilliant” cut. The so-called “modern round brilliant” cut consists of 58 facets – 57 if the culet is excluded. There are 33 on the crown and 25 on the pavilion. In recent decades, most girdles are faceted. Many girdles have 32, 64, 80, or 96 facets.

On June 25 1905 the largest rough gem-quality diamond in the world was found by Frederick Wells, of the Premier Diamond Mining Company in Cullinan, Gauteng Province, South Africa. Called the “Cullinan Diamond,” it weighed 3,106.75 carats or 621.35 grams. The largest polished gem cut from the stone is named the “Great Star of Africa” and was 530.2 carats.

Even with modern techniques, the cutting and polishing of a diamonds resulted in a loss of as much as 50% of the stone’s total weight. The round brilliant cut is preferred when the crystal is an octahedron, as two stones could be cut from one crystal. Asymmetrical crystals such asmacles are usually cut in a “Fancy” style.